The Best Words to Describe Yourself on a Resume

Let's explore the best adjectives and power words to describe yourself on a resume, cover letter, and even an interview. 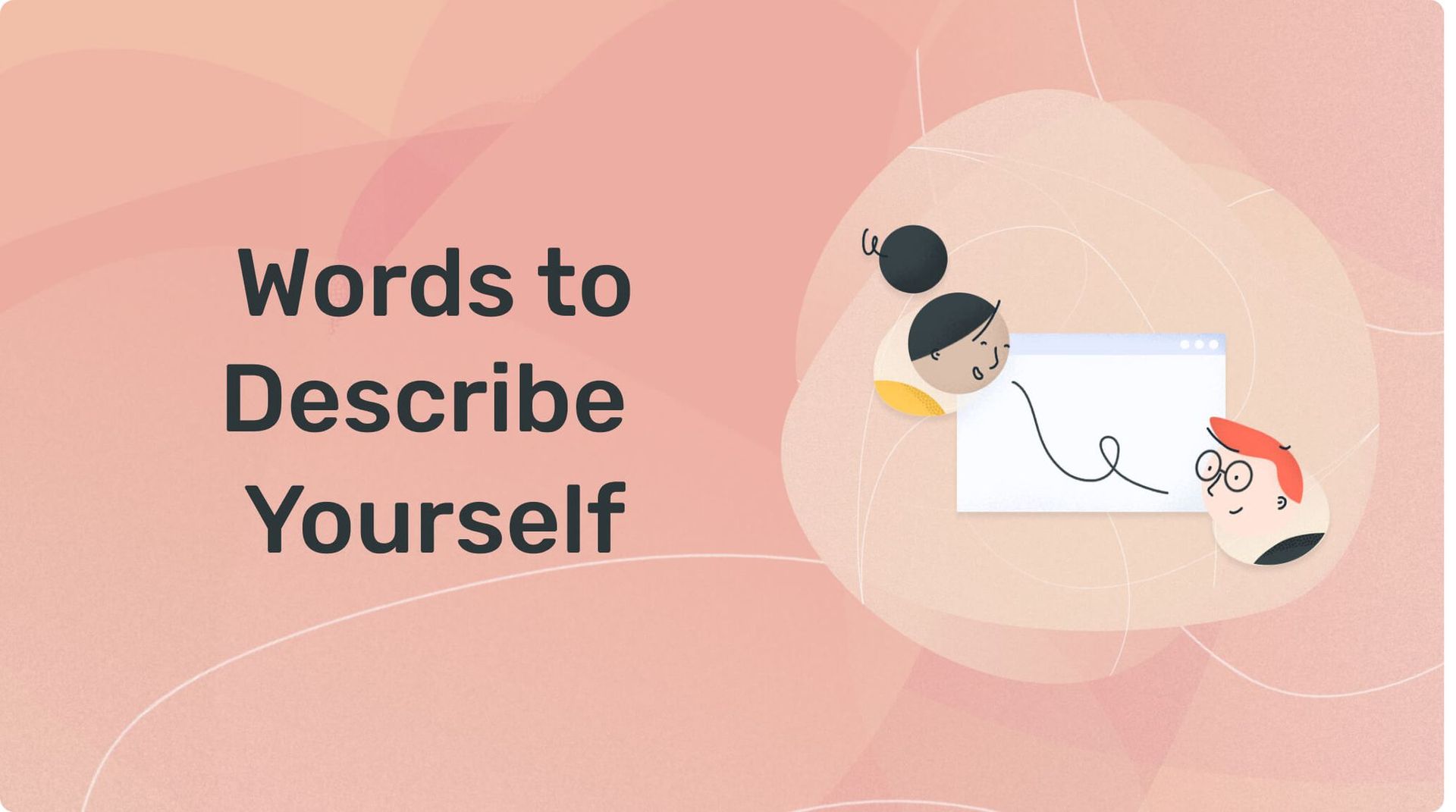 One of the most tricky parts of the job-seeking process is using the right words to describe yourself. You would want to show your positive traits, but you need to be careful with borderline self-praising.

You need to make your words show who you are in the best possible light. Just like resume action verbs, the words you use to describe yourself are extremely influential, and it is important to make them strong enough to be remembered.

But how to do so? There are over one million words in the English language. It might seem near impossible to pick the right words to describe yourself.

Lucky for you, we got you covered. In this article, we are going to examine topics like:

And, of course, we are going to wrap things up with some great tips and tricks. If you first want to make your resume stand out, check out our Resume Builder. But if you really want to work on the words you describe yourself with, stick around.

Use Power Adjectives and Action Verbs

One of the most essential things you need to do when describing yourself is use powerful adjectives. But don’t overdo it. Don’t forget that the hiring manager doesn’t really know you that well.

If you praise yourself too much, you might blow your chances of getting the job. But the more important thing you need to remember here is to provide proof.

Whatever powerful adjective you use for yourself, you need to show some proof that it is in fact real. Anyone can say that they are detail-oriented, but without proof, that means nothing to the hiring manager.

Even more importantly, you would want to use action verbs. The main idea is to sprinkle a few powerful adjectives to help you out, but let action verbs do the heavy lifting.

Words to describe yourself

As we mentioned, there is a great variety of words you can describe yourself with. Luckily, the list drastically shrinks when we want words that would match a specific skill or ability needed for a job position

So the first thing you need to think about is what are the words you would want your potential employer to remember you by. It may sound hard and scary, but that’s why we have a few examples for you to get you started.

Words to describe yourself for leadership

If you are applying for any kind of leadership role, you should be really careful with the words you use to describe yourself.

The hiring manager would be on the lookout for some specific ones. Let’s go through the most important ones and get you ready to nail them.

That’s a trait possessed largely by extroverts. Using it to describe yourself shows the hiring manager not only that you are extroverted, but also that you are outgoing, cheerful and joyful.

That would be of great importance in order to create a sustainable team that would achieve all the company’s goals. But don’t forget to provide some proof, as it would be extremely easy for the hiring manager to catch you with a lie with this one.

Describing yourself with this adjective shows the hiring manager that you are driven by logic and reasoning.

That would be really important when you are in a place to make an important decision. A rational thinker would depend on their logic, rather than emotions, when it comes to tough situations

Describing yourself as self-motivated shows the hiring manager that you are self-driven. That means that you require no external pressure or monitoring to see out a project. That would be really significant for a leadership role, as you would be more independent than most employees.

This trait is extremely important, no matter the position. Being ethical shows that you have a high professional moral standing. It would be fair for the hiring manager to assume that you are honest and have the ability to know what’s right and wrong professionally.

In order to be charismatic, you are quite definitely emotionally intelligent. Furthermore, it shows the hiring manager that you have the ability to earn love, trust and affection of others with ease.

You most certainly need this trait if you are applying for a leadership position.

Being decisive is another trait that is a must for leadership roles. It shows the hiring manager that you are a spontaneous thinker and can make accurate decisions on the go. Being able to act quickly and accurately in tough spots would really raise your score in the eyes of the hiring manager.

While this one is not a must for a leadership role, the hiring manager would probably look for it. It would show them that you are very ingenious and clever in your dealings.

If you don’t feel right using that adjective, you can switch with creative or innovative, which are just as strong.

Words to describe yourself as a team player

For a great deal of professions, being a team player is crucial. That’s why it is important to catch the hiring manager’s attention with some teamwork adjectives.

And we have some of the most essential ones here for you.

This adjective might sound negative at first, but hiring managers don’t see it that way.

If you describe yourself as persistent, they would assume that you are very determined, relentless and tenacious in your pursuit of anything, but without losing your positive mindset.

This trait would be helpful for lots of things.

It shows the hiring manager that you have the ability to notice details and compose logical analysis. And that would always be appreciated.

That shows one of the most influential traits you can show for yourself - discipline. A discipline to plan and execute strategies correctly is greatly appreciated by hiring managers.

Being personable is great not only for leadership, but also to show that you are a team player. Once again - that trait shows the hiring manager that you are both extroverted, and that you are really outgoing and cheerful.

This is a trait that should be possessed not only by the leader of the team, but also by every team member.

That’s another trait that is applicable to both leadership and teamwork.

In this case, its importance is mostly because of the emotional intelligence of the person, as it is extremely important for team work.

Other words you can describe yourself with

As words have started repeating, we need to save some time for those we have not yet mentioned, but are extremely significant.

This is always a good trait to assign to yourself, if you have anything to back it up with. It shows the hiring manager that you have a high level of trust and honesty. Usually such a trait is built over the years, especially with positions like finance executive, marketing executive, etc.

It is a really great quality to have, if you really strive for growth.

This trait is typically used in healthcare and in the legal system, but it wouldn’t hurt to describe yourself with it otherwise as well.

It shows the hiring manager that you are caring and concerned for others by default.

That’s one more trait that could be applicable no matter the position and the organization.

Interestingly enough, it is important just because the position and the organization matter to you.

It shows that you have unending commitment to a cause and a leader.

Describing yourself as practical can quite often be a pleasant surprise for the hiring manager.

It shows them that you are guided by experience, rather than mere theories or ideas.

And last, but not least, being straightforward. That trait shows the hiring manager that you understand and value integrity. People possessing that trait are usually very understandable.

Words not to describe yourself with

It would not surprise you that there are also words that you should absolutely stay away from. When it comes to your professional description, these, and many similar adjectives, would probably be misunderstood.

And you don’t want that, you want to present yourself in the best light possible. So, what are these adjectives that you should stay away from?

Here is a short list, but keep in mind that there are many similar ones to these:

You get the idea, you wouldn’t want to give such an impression to the hiring manager.

As promised, we are going to leave you off with some tips and tricks to use when describing yourself.

First, be concise. Keep your sentences short and to the point. Short, concise sentences have more power.

And, as we mentioned earlier, provide some proof. Any catchy word without context is meaningless to the hiring manager.

Take your time and have a closer look at the job position, so that your description would include more keywords, that the hiring manager would be looking for.

Don’t forget to use action verbs and powerful adjectives, but also give them some context. Keep our example words in mind and make your description perfect for the job you seek. 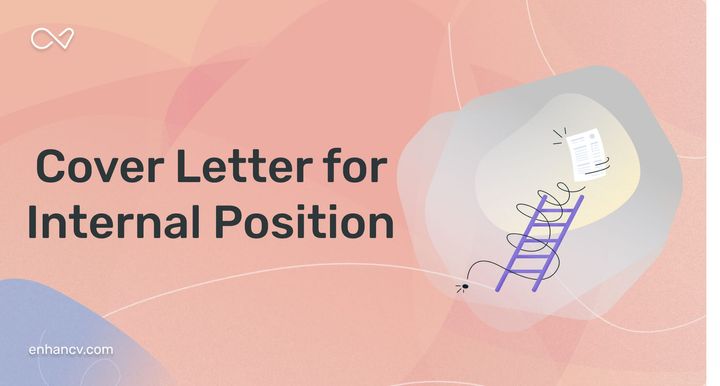 How To Create A Cover Letter For An Internal Position

Cover Letter Vs. Resume: Which Should You Use? 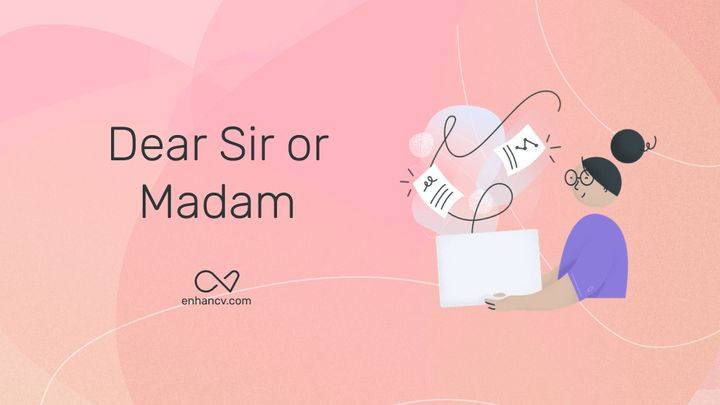 Should You Use "Dear Sir or Madam" on Your Cover Letter? 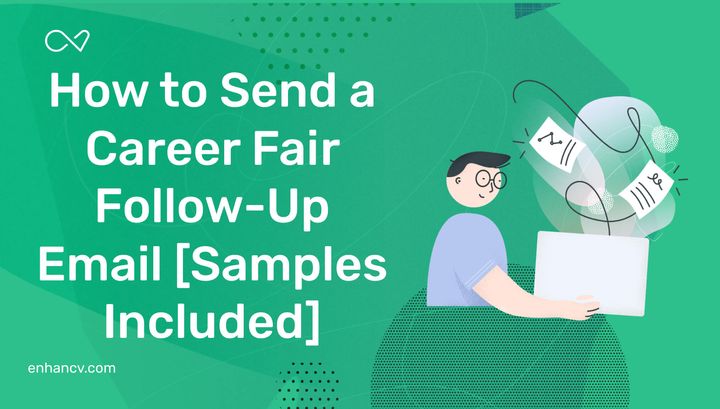 How to Send a Career Fair Follow-Up Email [Samples Included]

How to Do Your References On Resume: Is It Important? 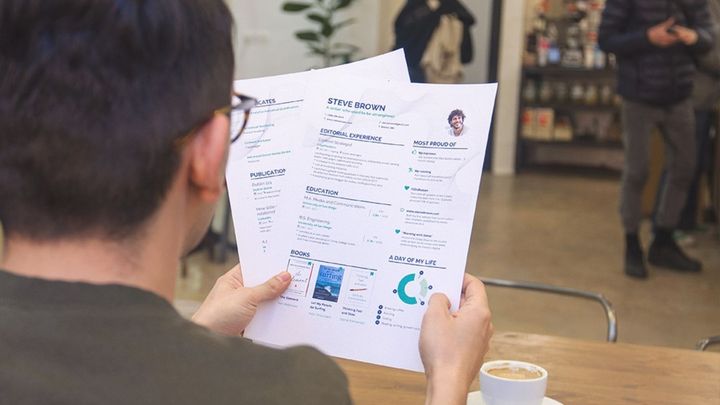 How Many Jobs Should I Apply For?