Choose your employer, don't let the employer choose you

“If you’re looking for a new job, first decide what you care about and what your values are. Do you care about transparency, honesty, doing good, etc.? And once you know that, you can select the businesses that you want to work with, not the other way round.”

To understand the importance and process of choosing an employer, I had a chat with Louis Grenier, Hotjar’s content strategist. His career path exemplifies that no matter how long it takes, it’s worth looking for what you’re passionate about. Even if the first step is failure. 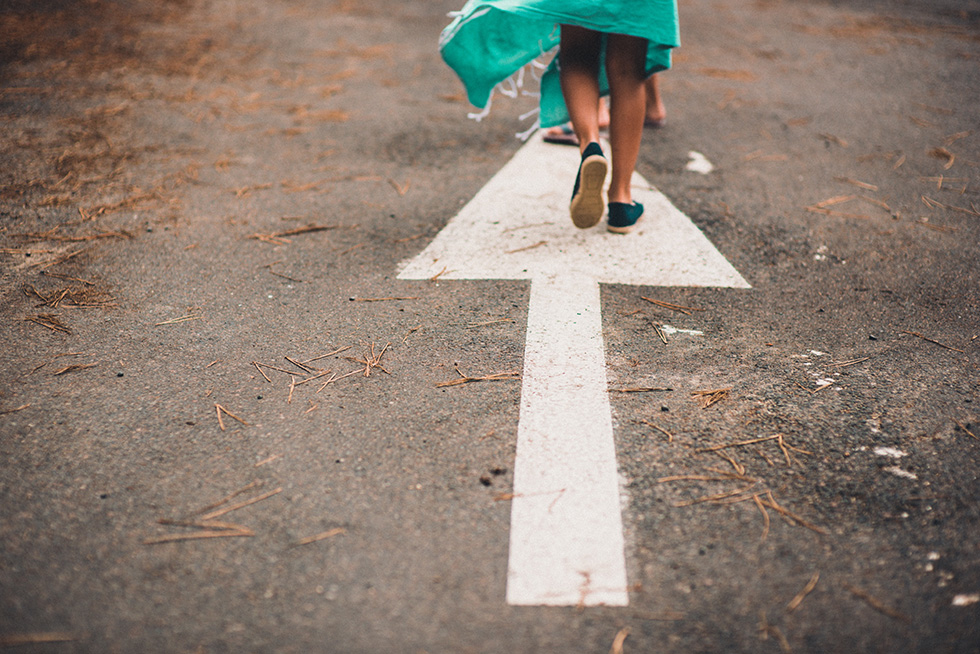 Before finding his passion for marketing, Louis studied mechanical engineering in Orléans (an hour from Paris), armed with a dream to someday build wind turbines. It took him almost 3 years, but he eventually realized that his real talent lies not in building things but in persuading and understanding people. He ditched mechanical engineering and pursued a degree in business and marketing.

His next adventure towards his real passion was moving to Ireland where he spent over 3 years working in project management at Renault. Then his journey continued and he got a marketing job at a mobile marketing startup. There, “I made many, many mistakes and learned a lot through the experience.” But he was much more intrigued to do his own thing. That’s when he started a consulting business.

During that time, “I started to differentiate between bad and good marketing, the type of marketing you wouldn’t notice because it’s so good,” he said. And that’s when he knew what he wanted to fight against. Shady, in-your-face-marketing.

He started interviewing people who are doing good marketing and launched his digital marketing podcast, Everyone Hates Marketers, as a side project.

“It’s all about tranquility” 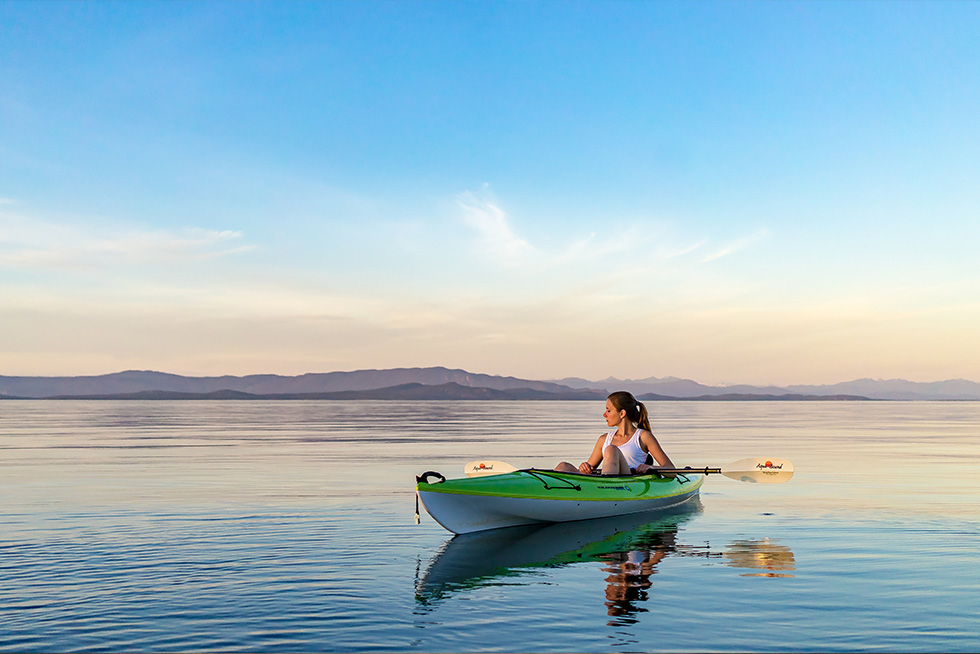 Having his own business came with a huge amount of stress and pressure on the relationship with his fiancée (now wife), while the podcast was fast becoming the only thing he enjoyed about his work. That’s when he decided to shut the business down, continue with the podcast, and look for a full-time job.

Yet, in spite of what could seem like time wasted, when I asked whether he’d change anything if he could go back in time, his answer was a definite no.

“I believe that it’s very unlikely to find what you want to do all your life when you’re 18 years old. It’s all about tranquility. The tranquility to know that no matter what, you will get where you wanted to go at some point. But you don’t know where to go until you make a few mistakes and go through stuff that you don’t like.”

He decided there were only two companies he would consider working for – Hotjar and Basecamp. Both choices were based on the values and the culture the companies have. “I’ve been using Hotjar’s tool before in the business. I knew the tool inside out, and I knew it was a remarkable product. That means once you use it, you will naturally talk about it. It’s a pride on its own.”

After I asked what advice he’d give to job seekers, he mentioned these three key points:

Do you care about transparency, honesty, business that is involved in green energy, or maybe just doing good? Then find a business that’s in line with your values and apply there.

Don’t go to job boards and pick any job that fits your skills and experience. Be picky about what suits you best.

Before you apply, try the company’s product or service. Ask yourself:

“If you have those two, you’ll work in a company that’s naturally great. There won’t be any type of tough targets to reach because they’re trying to get by, and you’re gonna feel good and connected with their culture.”

“On your resume, it’s better to have more than just a regular career path” 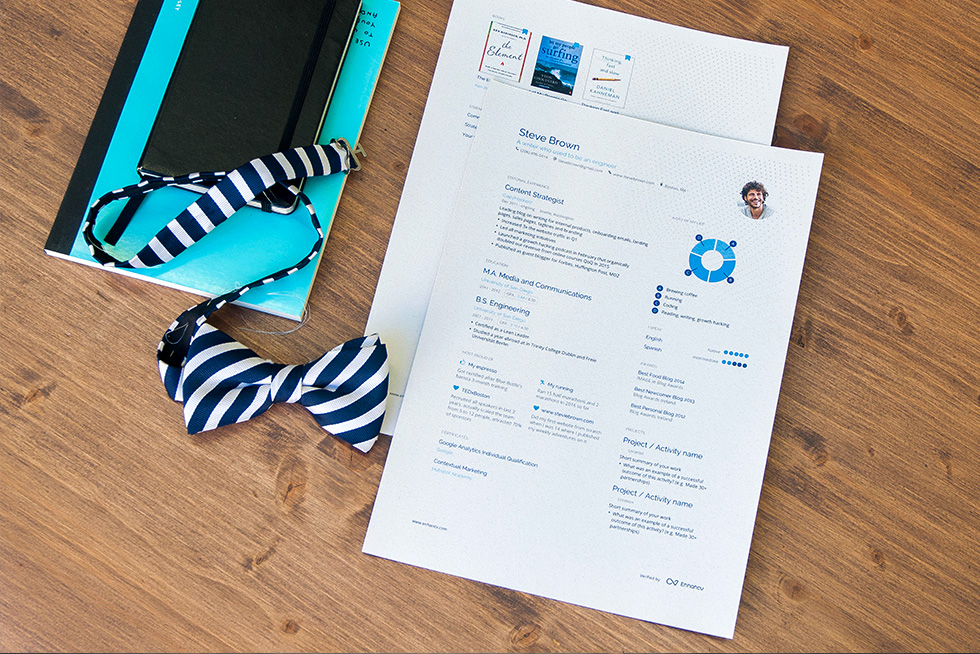 When we got to talking about resumes, Louis’s advice was categorical. “Your resume should show employers what you’ve done outside of your job that proves that you’re passionate about something. Match at least one of your passions with a side project. If you have that, I guarantee that you’ll be much more likely to find something. Because people will trust that you can do the job.”

It feels like Louis’s story was built on Seth Godin’s words “build the spinner and spin the wheel.” And Louis would know, his podcast became successful enough that Godin himself was interviewed on it.

Instead of trying to make the perfect career move, Louis kept on trying new things and side projects, even founded his own company. When it didn’t work out, he moved on and continued trying. And when applying for a job at Hotjar, he made sure he demonstrated that. Showcasing side projects on a resume didn’t only tell employers that Louis had a life outside of his 9-to-5. It also improved his creativity, facilitated learning, and acted as a great self-development tool.

If you need inspiration on how to include side projects on your resume, have a look at Louis’s example. 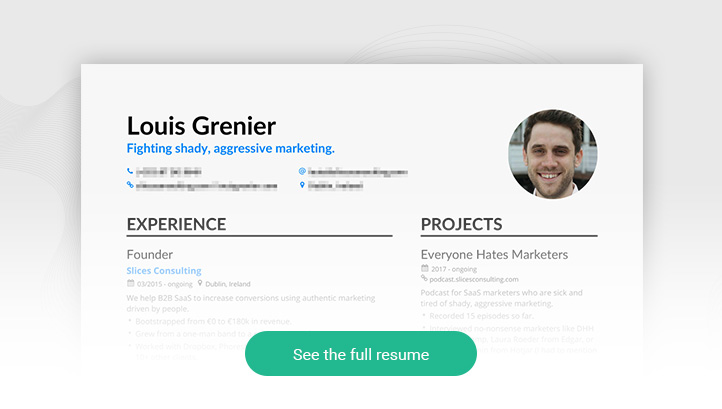 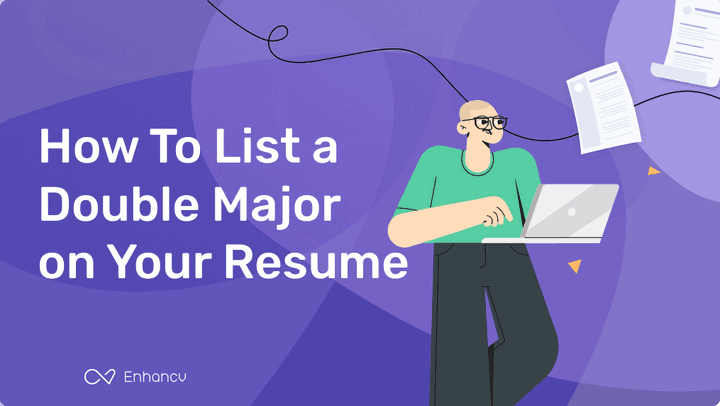 How To List a Double Major on Your Resume 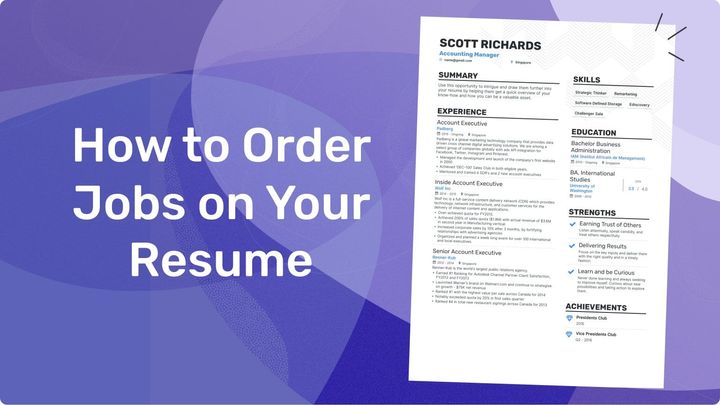 Resume Order of Jobs – Does it Matter?

How to Decide On Using A Reverse Chronological Resume 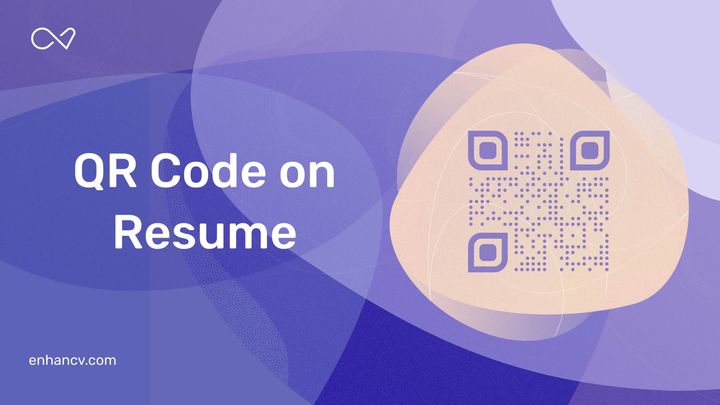 How To Use a QR Code on Your Resume 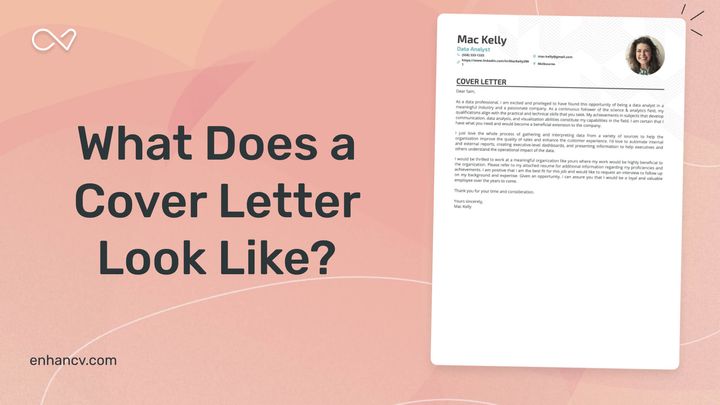 Bulgaria: a CV To Make You Proud