Hillary Clinton's resume reveals how little we know about her 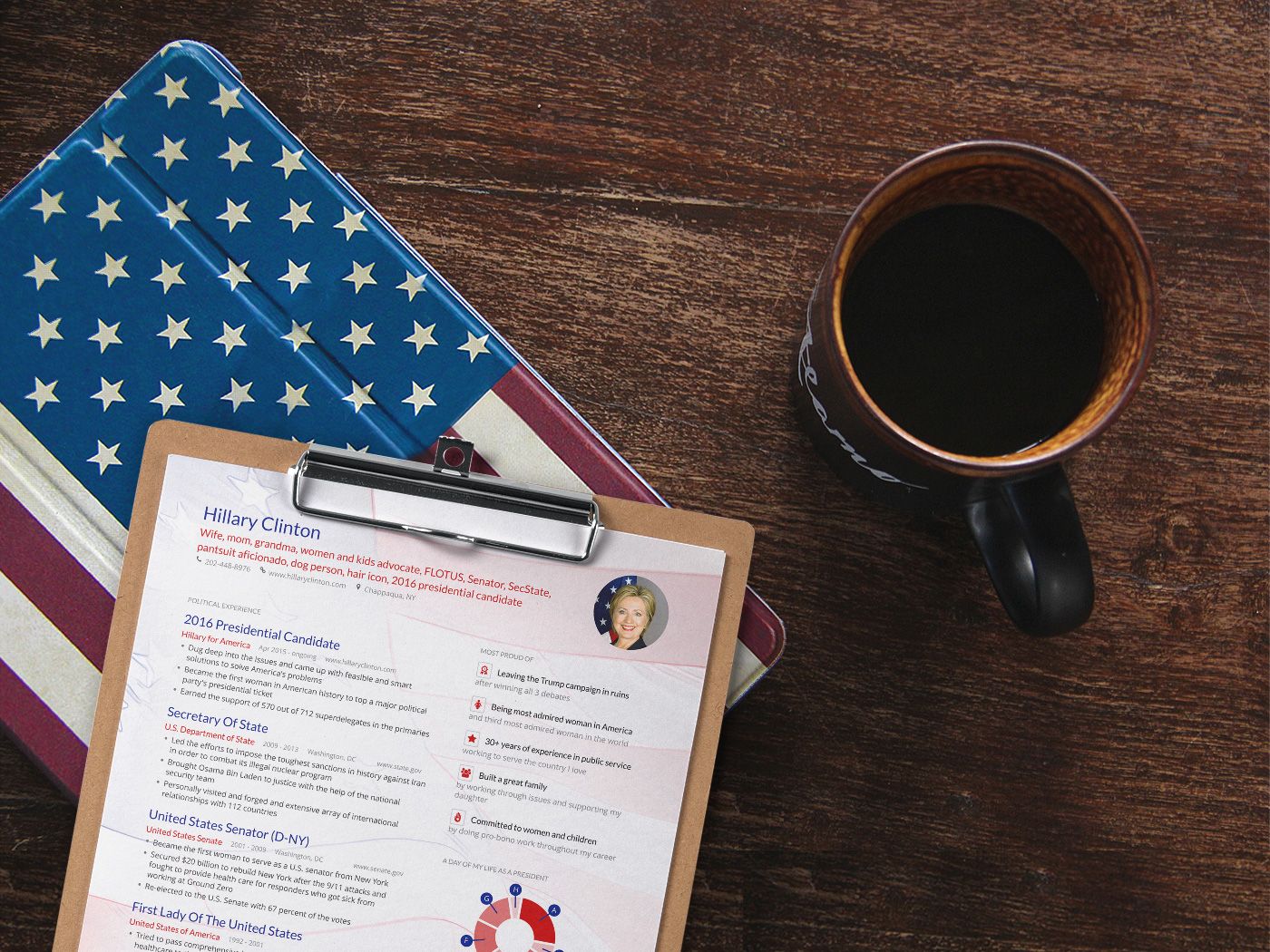 After two and a half decades in the public eye, how is it that we hear so little about Hillary Clinton’s resume?

[This resume was updated on 09/11/2016 to reflect the results of the elections. View Trump’s updated resume here. ]

Every day, this election seems to live more in our deep reptilian brains. It’s lodged somewhere between our feelings about our mothers and Stephen Colbert’s notion of “Truthiness.”

This is particularly true for Hillary Clinton. Opinions about her seem to be driven by deep yet vague perceptions of untrustworthiness and corruption. Peel those feelings back and all too often there’s just no there-there. This brings us to a fundamental question about how we choose presidents (or any job applicant for that matter).

Sometimes it’s enough to force you to ask yourself “what are we all doing here?” It’s in these moments I have to remind myself that this is ultimately a job interview. And as psychologists are increasingly telling us interviews are a terrible way to choose candidates. As that Guardian article points out, while interviews are about as good as flipping a coin:

“…predictions based on references – school reports, prior performance, letters of recommendation – give a 65-75% chance of choosing the better of the two [candidates].”

Honestly, can you look at the US presidential election and conclude otherwise? If scientific studies tell us that interviews are a bad way to choose candidates, then I was really interested in putting together a resume for Clinton for Enhancv. If for no other reason than to step outside of the campaign and see the candidates in black and white (so to speak). What I found honestly shocked me.

The first thing that stands out is something we’ve all heard but I think most people have never really internalized: Hillary Clinton is incredibly qualified. Like really qualified. As in, the original version of her resume was 6 pages long.

That was just a matter of scale, though. What turned out to be even more interesting was just what those jobs were. From the time she was in high school she’s been a high achiever showing interest in public service. That’s a key phrase: public service.

I’ve consistently found the perception that Clinton is corrupt and seeking profit as being confusing. A look at her work history shows a person who’s been volunteering and doing pro-bono work consistently for decades.

But then there are also the juicy nuggets. They were left off of our ultimate shorter version of her resume but Clinton traveled to Alaska after graduating from Wellesley College and worked as a dishwasher and a salmon processor.

Even better, she got the fish cannery shut down due to health violations and was fired because of it (this is the only case of her being fired I’ve managed to find).

Looking at this 1-page Clinton resume, what comes out are her passions. It’s clear that this is a person who cares a lot about issues related to children, families, and women’s rights. It’s easy for all of that to get lost in the campaign, but when you peel back all the media biases, it’s right there.

What a Difference a Great Resume Makes

What does this all add up to? To reiterate, job interviews just don’t work very well. That holds true for hiring people in business just as much for presidential candidates. If looking at Clinton’s resume here changed how you see her as much as it did for me, that comes down to the fact that a great resume makes all the difference.

If you’d like to know a bit more about Donald Trump’s achievements and personality, read his resume, too.

If you’re interested in crafting a resume that tells your story to earn you your next great job, check out our resume building tool at Enhancv.

A Guide To Types Of Resumes: Best Formats, Tips & Examples

Are There Enough Remote Entry-Level Jobs? Here’s What 10 800 Postings Say

How to List Publications on a Resume: A Guide for Researchers 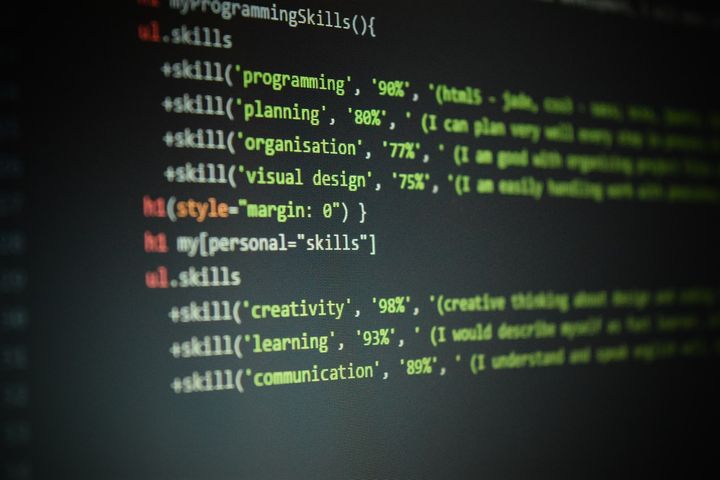 Get advice from an expert who’s seen more than 300,000 resumes